Ayush joshi escorting uttrakhand colours of folk music with divine prism of classical musician instrumentalist in‌ his upcoming project jai gadbhoomi which will be filmed in beautifull valley of harshil uttarkashi which is Ayush hometown too In this project where many legendary vocalist of uttrakhand like padmshri dr madhuri bharthwal naari shakti president awardee first female music teacher composer director of akashwaani najibabaad who is a folk diva a institution of folk music in herself Meena rana known as nightingale of uttrakhand and Reshma shah a blessed singer of jaunsar region many more will be seen and new talented faces will be seen a young actor Nitin bangwal who belongs to New tehri garwhal uttrakhand who is a software engineer in a IT company says I’m so proud to be part of uttrakhand, I’m very thankful for belong to devbhoomi.

Our uttrakhand is a place of peace, goddess and a beautiful holy dhams. If we really need to know about ourself, so i believe we truly want to connect with ourself with nature of uttrakhand and find our center of peace. We need to visit our villages because there is something which always hits you in a different way. I really love to see our culture, traditions and rituals which always keeps connect me with uttrakhand.Nitin will be part of this project as a actor Along with flavour of folk‌ ‌‌Ayush has done a collab of classical instrumentalist like ustaad zakhir dholpuri ji a maestro of harmonium playing he is son of padmshri Mehmood dholpuri ji the only harmonium player bas been confered with padmshri will be assisting Ayush and vocalist In his project his guru A Hindustani classical &semi classical vocalist specialist in
“Thumri & Dadra“ Form and working as a Guru of Shriram
Bharatiya Kala Kendra, New Delhi
A.Training:
Special talim in Purabang Thumri (Lucknow Gharana) from
PadmaShri Shanti Hiranand(Disciple of Begam Akhtar), Delhi.

During her childhood, she was trained in Patiala Gharana in Kolkata from Sri Lalit Mohan Sanyal – Gandhabadha disciple of Ustad Bade Gulam Ali Khan and in semi-classical from Sri Sukumar Mitra. Currently she is taking talim from Kirana Gharana exponent Pt. Rajendra Kandalgaonkar, Pune ( Disciple of Bharatratna Pt. Bhimesen Joshi). She is taking special talim in thumri in purabang gayaki (Benares Gharana) from Dr Sanjeev Shende, Pune (Disciple of Thumri Queen Smt. Shobha Gurtu) ..।.,..Amir salim ji a wonderful tabla player on tabla will be seen too who is a wonderful artist and faculty of shriram bhartiya kala kendra.।……,……….The shoot will be taken place in the beautifull valley of flowers Harshil valley many other places

Then a young maestro flautist Sikhar Agrawal melodious flute will be escorting to pahadi theme of music Sikhar Agrawal Started learning at the age of 6 drawing inspiration from his mother. He Met his guru Pt Kailash Sharma at the age of 10 Have appeared in various TV and radio shows and cultural exchange programs from the age of 11. Got the opportunity to perform abroad at the age of 12 along with a dance team led by Sharmistha Mukherjee, daughter of former president late Dr Pranab Mukherjee at the age of 12. Graduated from Delhi technological university in chemical engineering in 2018

Worked for an MNC for a year and finally decided to quit the job in 2020 and become a full time musician.।young kathak artist Arushi rana Disciple of Guru Ela Pant Yadav, currently training under Mrs Sweety Gusain, completed Prabhakar in 2014 and have been trained for 14 years now. Taught and performed at various platforms around the country. Will be seen too
DR sachi Negi who is a blessed artist by heart and a Poet currently working as a Professor in DIT Dehradun will be writing her heart for uttrakhand Dr. Shachi Negi

She has acquired Doctorate in English from HNB Garhwal University, Srinagar. She has presented research papers in various national and international conferences and also published research papers in distinctive journals. She is an aspiring poetess and writer. She wrote for amarujalakavya, jagritimedia.com, and various other media portals. Besides, she has worked in making of
documentary on “Nanakmatta” and anchoring in the documentary on “Jaunsar Bawar” for
Doordarshan (PRASAR BHARTI, Broadcasting Corporation of India) She has been pursing teaching as profession since 2009 and presently working as Assistant Professor(English) in DIT University in the School of Liberal Arts and Management. Ayush guru sushri mukti jadli disciple of vidushi shanti sharma Ji who was known as shanti Baijnath earlier

Shanti Sharma
Shanti Sharma has always magnetized her audiences. Her dulcet voice, Bhajan exhibition has always earned well appreciation. She was an exponent of the `Kirana Gharana.` She carved a niche in the hearts of millions of people with her rapturous voice. She was truly rated high among the other singers of her time. Shanti Sharma was inducted to the realm of music at the age of 12 years old. Her philosophy in life is Love. This strong follower of tradition believes that `Every gharana has it own dynamics`. Shanti Sharma was born into a family that originally belongs to famous Tanjore district. Her family does not possess any belongings to music. She was born to an Army man father. She has always received guidance in education more than music. All her sisters and brothers are established in the academics line. Shanti Sharma also won the National Science Talent competition. After completing her Masters degree in Chemistry from B.I.T.s Pillani, her mother took the initiative to take her to music. Her first guru was Guru Sangameshwar who resides at Hyderabad, Indian city. In the year 1978, after completing her education, she focused all her attention towards singing. Shanti Sharma faced many obstacles from her family. In that situation she received the support of her guru Amarnathji. He takes up a job at the Bharatiya Kala Kendra, Delhi and selected Shanti as his first student. Later on she started assisting him. When she was asked about any one of her regret that she might have in life, she said, “I am happy I have stuck to music and not given in to the temptation of earning quick bucks by becoming a science teacher. Music, for me, is a vocation. God`s gift, which I humbly accept and nurture”. Shanti Sharma was married to Dinesh Sharma. They had one daughter and one son but the daughter died young. This extremely talented singer died in the year 2008 on 23rd April under mysterious circumstances at the age of 52.
Sushri mukti jadli of kirana and banaras gharana will be blessing the project with her melodious Voice.।।।।

Akashwani Experienced poetess sushri urmila dhyani who is teacher by profession and a Poet and musician by heart will too guide in the project through her depth of writing.।।।। Two pakhawaj players sisters name shivranjani and sriranjani dabral will contribute in the project too.। Through their surreal talent involvement of local artist will be welcomed under this project where tradtional Art form will be captured like bhuli. Art Foundation work will be displayed in the project then marvellous painting by wonderful artist Mr mukul badoni Art will be there to make the project successful through his artwork

……..Ayush has been working on this Project since last year the purpose to start this project is to admire and show uttrakhand’s beauty and its real Traditional colours where pauna dance of niti mana valley will be adding four moont trational instrument like dhol damau hunka maski baaja can be seen Music given by Ashutosh nautiyal from Delhi who is a Artist interviewer at red FM India …Ayush says that its our responsiblity that being a uttrakhandi we must serve our devbhoomi as it is known by many this project will be release in july as report given by Ayush joshi project head lead vocalist composer of the song 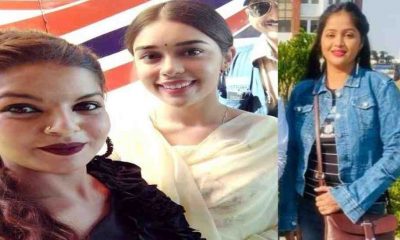 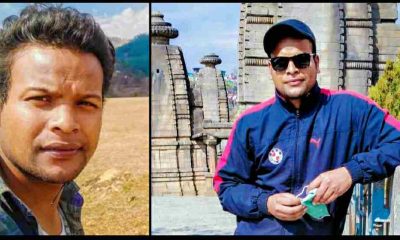 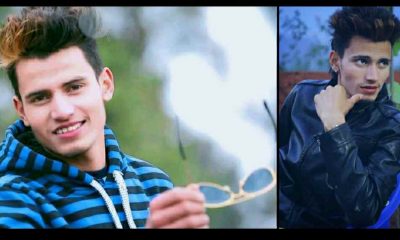 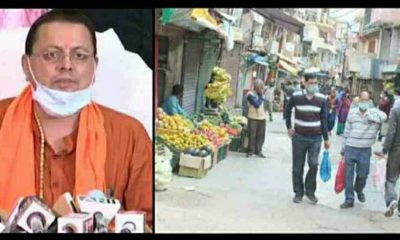 By SunilJanuary 9, 2022
Advertisement
To Top